Luxury residences, tree-lined streets, and top-notch schools combine to form Memorial Villages. The tranquility of a quiet suburb with the comforts of a bustling city and ultra-exclusivity sets Memorial Villages apart from other Houston real estate. Picture this: all billboards are prohibited, and only outlying commercial malls are permitted.
Residents of Houston, TX saw the newly developing neighborhood of Memorial Villages at the end of the 1950s as a collection of rural estates where business leaders could live away from the hustle and bustle of their downtown workplaces. In the years that followed, urban expansion connected Memorial to Houston. Nevertheless, the Villages have preserved and even improved their reputation as quiet and very private communities despite this connection.

Located outside the Loop to the west, between Beltway 8 and 610, Memorial Villages are among Houston’s most elite zip codes. Its six independent communities share police and fire service, are severely deed-restricted, and are home to 18,774 citizens. In addition, the Villages have their own water utility, and each community has its own mayor and city council.
Hunters Creek Village, Hilshire Village, Hedwig Village, Bunker Hill Village, Piney Point Village, and Spring Valley Village all provide forested respite from the city. Memorial Villages has spacious lots, magnificent houses, exclusive country clubs, and excellent schools, with Memorial High School as the crown jewel. The schools in this area are part of the prestigious Spring Branch Independent School District, which benefit from substantial funding and are quite popular.
As with the other Memorial Villages, the homes in Hunters Creek are some of the most costly in the Houston region. Near the Galleria, this little community has a total area of around two square miles. Piney Point is one of the wealthiest neighborhoods in Texas by per capita income, an upmarket enclave with huge estates and mansions. The Kinkaid School, one of Houston’s most prominent private institutions, is also located in this area.
In the immediate vicinity of Katy Freeway, Hedwig Village is surrounded by Hunters Creek to the east and Piney Point and Bunker Hill to the southwest. It is a rather tiny area, with a total land footage of around 0.9 square miles.
Memorial Hermann Hospital, Texas Medical Center, and employment center Energy Corridor are only a short distance away from Memorial Villages. For the most part, there are sufficient sidewalks. The communities here are relatively safe compared to other areas of Houston or other big cities. There are also ample opportunities for community involvement, such as sports, the arts, and other outdoor and extracurricular activities.

You can find bungalows, modest cottages, and single-family Georgian-style residences in upscale Memorial Villages as a result of the development of the villages at different times. Old ranch-style houses, stylishly remodeled residences, and enormous estate-style properties are all on the market at Memorial Villages. Many of the area’s original houses still survive, while others have been replaced with larger, custom-built houses throughout the years.
Memorial Villages is famous for its larger lots, some of which range from 10,000 to 100,000 square feet in size.
The prices of single-family homes for sale in Memorial often vary according to the size of the house and the amount of land it sits on. Older properties may be purchased for as little as $500,000, while newer estate mansions can fetch upwards of $12 million. Memorial Villages include some of Houston’s most expensive neighborhoods, with typical house prices approaching $2 million and estates costing upwards of $10 million. The average Memorial Villages home price is $1,812,014.
Compared to single-family houses, townhomes have fewer buyers, but they come with similar square footage and amenities like three bedrooms, 2.5 bathrooms, and a 2-car garage.
No mid or high-rise condominiums exist in Memorial Villages, and rentals are scarce as 92% of residents are homeowners.

Who Lives in Memorial Villages

The rankings of affluent Memorial Villages are a credit to its locals. Out of the 88 neighborhoods in Houston, Memorial Villages is #2 in the best neighborhoods to raise a family in Houston. 41% of households have children, after all. It is also #4 in the best areas to live in Houston and #10 in the best communities to purchase a house in Houston.
Many publications, including Forbes, Fortune, and The Wall Street Journal, have featured this location in their lists of “Best Places to Live,” “Top Places to Live Well,” and “The (Multi) Millionaire’s Haven.”
The average age of a citizen is 45, and the average income is $275,623.

According to a study of violent and property crimes, Memorial Villages, Texas, is the fifth safest city in the state and has one of the best crime safety records in all of Houston. The Villages, despite their independence from the surrounding city, offer high-quality municipal services, such as a well-equipped police force that is always on patrol and independent from the Houston Police Department.
Piney Point, Hunters Creek, Hedwig, Hilshire, and Spring Valley all have cooperative fire and police services, while Bunker Hill, Hunters Creek, and Piney Point are in charge of the Memorial Villages Police Department. The Village Fire Department oversees all six communities.

How Are the Schools in Memorial Villages?

The Villages has a walk score of 49 and is primarily a car-dependent neighborhood. Most errands require a car.
People mostly take strolls in Memorial Park and other walkable areas. With its 1,466 acres, Memorial Park is bigger than Central Park and dotted with winding walks and soaring trees. You can find numerous parks and open areas in and around Memorial Villages. Parks in this area include Tanglewood Park, Bendwood Park, Hedwig Park, Texas Heritage Park, Edith L. Moore Nature Sanctuary, Terry Hershey Park, Anne Wilford Memorial Park, and Flag Tree Park, just to name a few.
Public transit is also available in Memorial, with a limited number of bike paths. It has eight bus lines passing through it.

What Are Popular Things to Do in Memorial Villages?

Houston Country Club and Lakeside Country Club are private, members-only country clubs in Memorial Villages.
Macy’s, JCPenney, and Target are among the retailers at the Memorial City Mall, located along Interstate 10.
You can find CityCentre along Interstate 10 and West Sam Houston Parkway N. These two upmarket shopping areas are within walking distance to Memorial Villages and provide an impressive array of retail and eating establishments and services. In addition, it is just a short distance from the world-renowned Galleria.

What Zip Code is Memorial Villages?

Memorial Villages is one of the best performing communities in Houston, according to Land Value Appreciation and Real Estate Appreciation surveys. After a decade, the median sales price of homes here has gone up by 71%. The real estate in Houston’s Memorial Villages is some of the most costly among Houston homes for sale.
Listing brokers state prices for lots start in the mid $500,000s and vary from $700,000s for older constructions to $6 million for more contemporary residences on expansive plots. Estate houses constructed on large lots are available for sale in Memorial Villages. Elegantly refurbished country-style houses and brand-new mansions are also available in the neighborhood.
Houston Realtors® report that Memorial Villages is a seller’s market in April 2022, meaning that more people are looking to buy than homes available. Real estate agents also note that, on average, homes in Memorial sell after 45 days on the market. As a result, the real estate market in the neighborhood is very competitive may not be easy to navigate.
Search All Homes 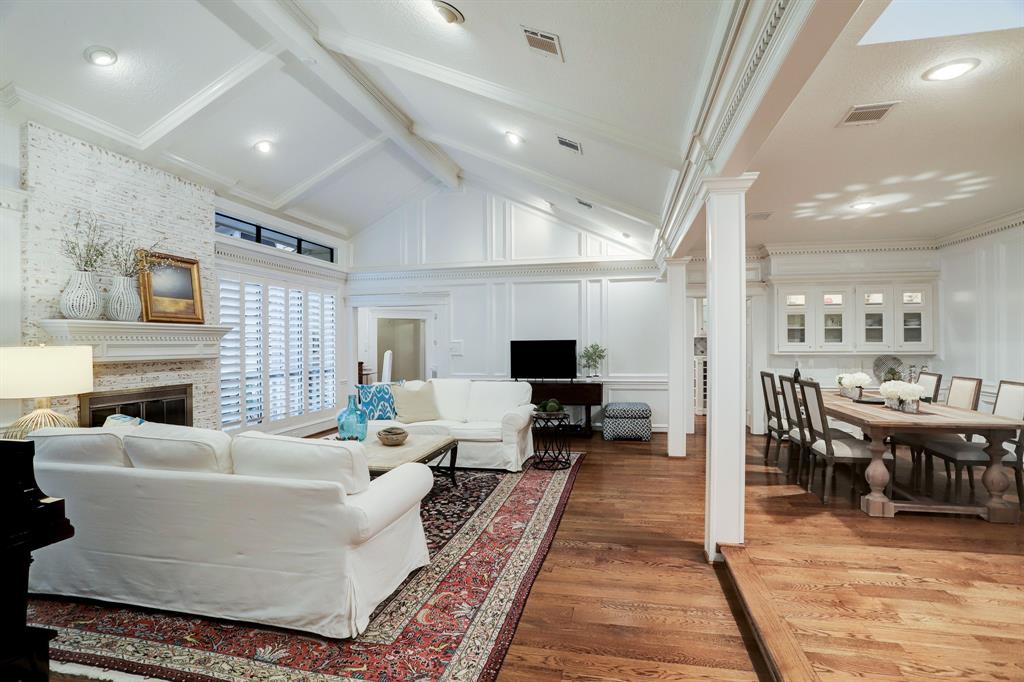 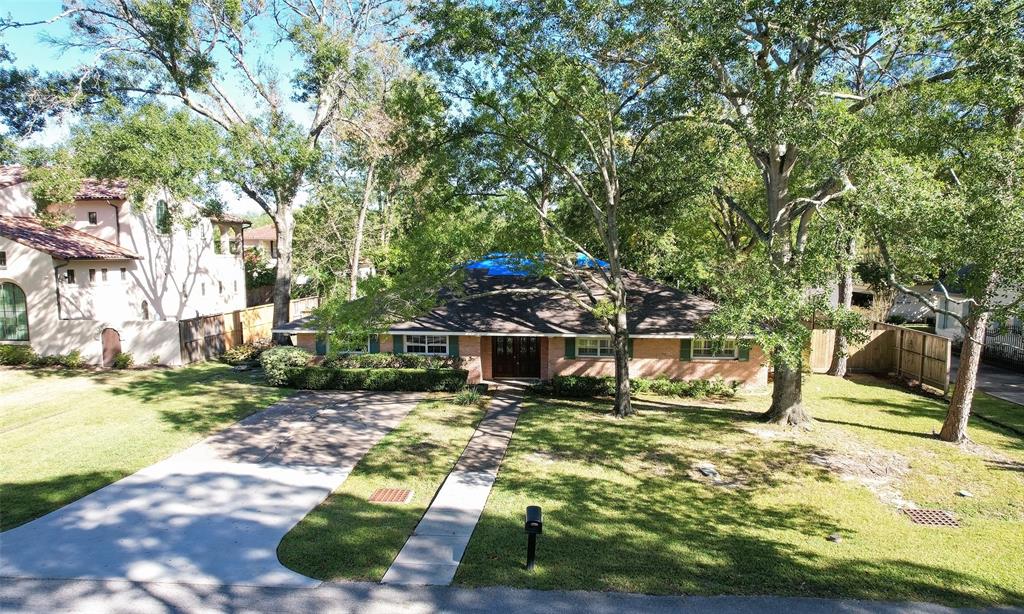 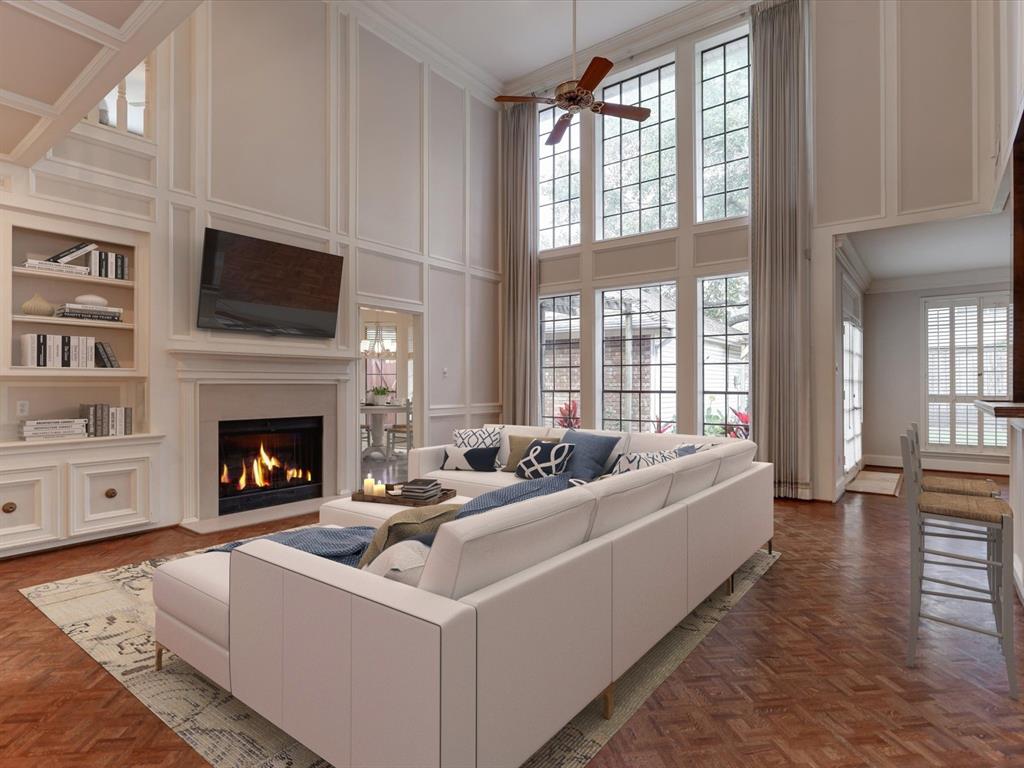 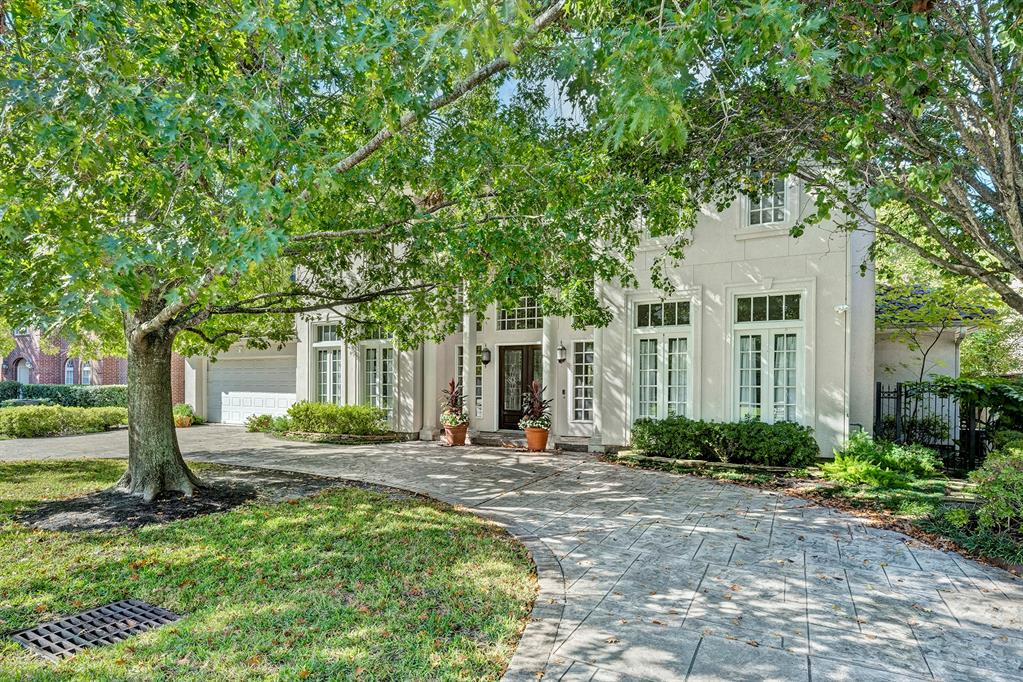 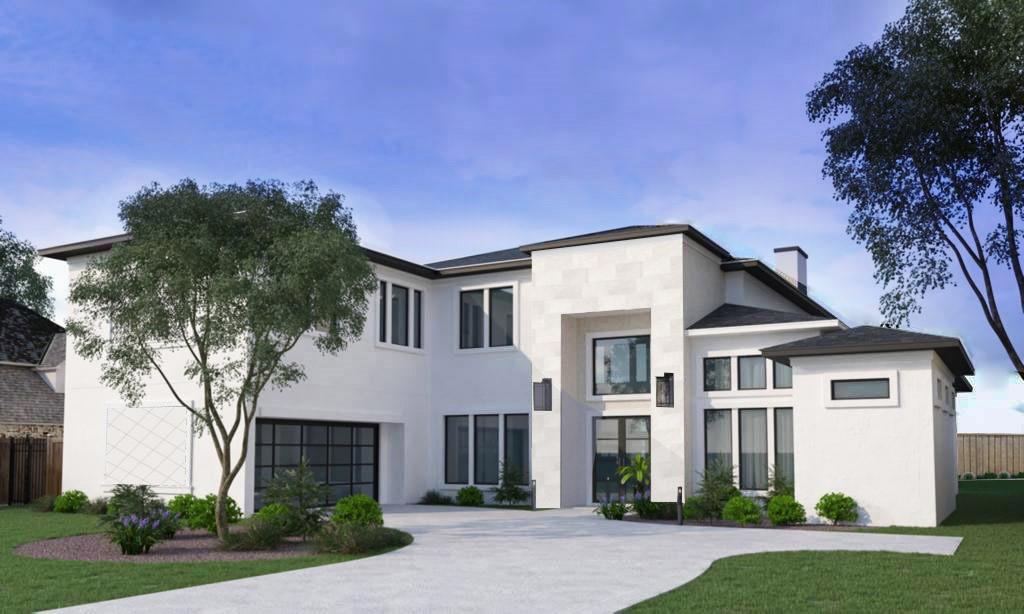 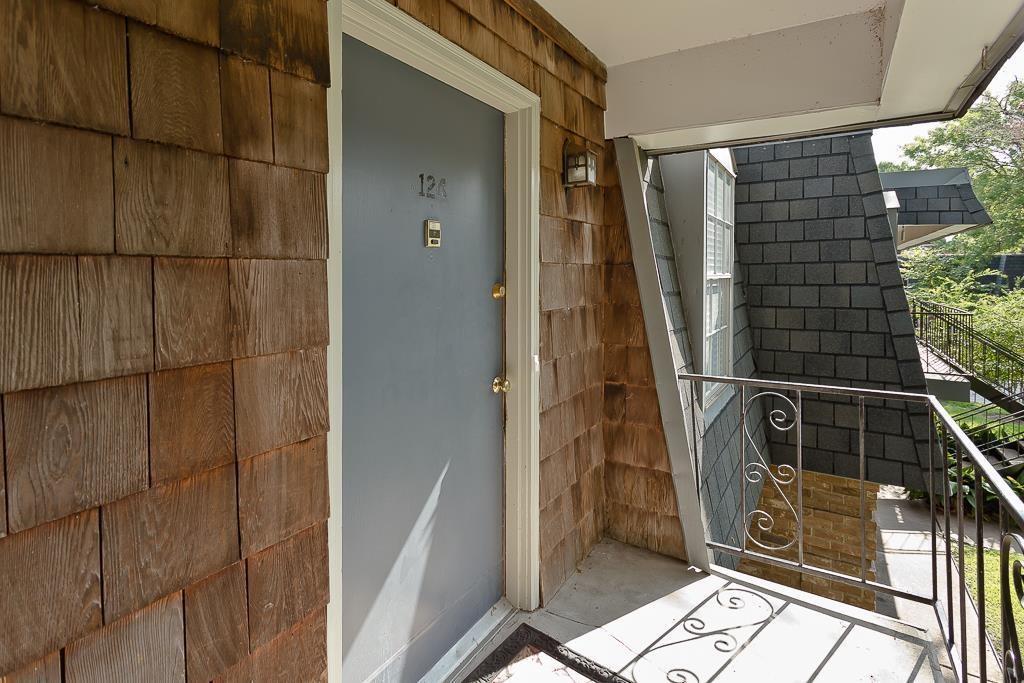 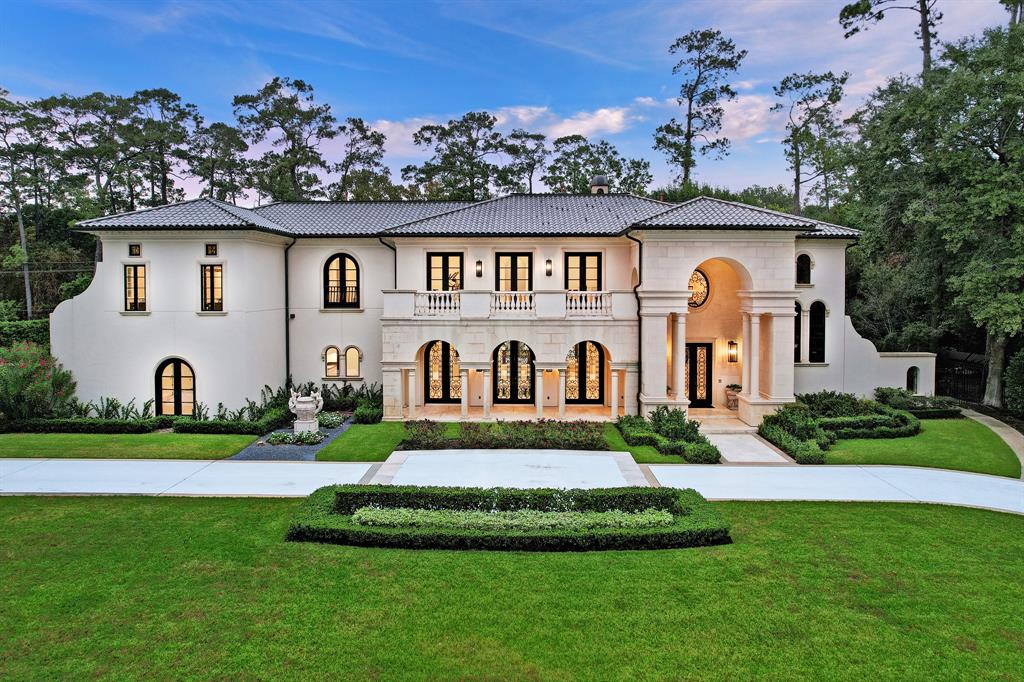